I was a little too busy eating to take photos of my last culinary exploit, so today you get a peek at the first chef to inspire me.  I could not be where I am today without his chocolate mousse recipe: “you put the chocolate on the moose”.

Last night I made Swedish meatballs. An easy and tasty meal. Traditionally using beef or pork, but I used ground turkey. I don’t work with ground chicken much, it’s not as common and tends to cook a little too dry. For this recipe a higher fat content is preferred as it will produce more drippings for the gravy.  Note: you might notice, I add brown gravy mix to most of my ground meat dishes. I think it adds a nice meaty flavor to the meat – it’s one of my secret ingredients 🙂

Preheat oven to 350 degrees. Mix all of the meatball ingredients into a bowl, lightly oil and heat a large saute pan. Roll meatballs into balls about the same size as the potatoes. lightly brown the meatballs on all sides in the large pan, then transfer pan to oven. Cook about 15 min or until thoroughly cooked.

Take pan from oven and set meatballs aside, leaving the drippings in the bottom of the pan. Add flour and return pan to stove, mix flour with drippings and cook until lightly brown, then add broth and stir constantly until gravy has thickened. Salt and pepper to taste.

Serve meatballs and potatoes with gravy and lingonberry jam, garnish with chopped parsley.

From wikipedia: “Mirepoix (pronounced /mɪər ˈpwɑː/) is the French name for a combination of onions, carrots, and celery celeriac). Traditionally, the ratio for mirepoix is 2:1:1 of onions, celery, and carrots. These three ingredients are commonly referred to as aromatics.

Mirepoix derives its name, as do many other elements of French cuisine[1], from the patron of the chef who established it – in this case one of the house of Lévis, seigneurs of Mirepoix since the eleventh century and a famous name in Languedoc.[2“

Those simple ingredients make the base of most stocks, soups, stews and sauces.  As far as culinary holy trinities go, mirepoix – in my opinion – is second only to garlic, onion and extra virgin olive oil. It is safe to say I am a fan.

Mirepoix is standard in many cuisines and can be found in many supermarkets packaged together, pre-chopped. I believe that pre-chopped mirepoix is a sin. But it’s one of those minor sins, like red meat on the sabbath. I do it all the time, for the sake of time, but I do not recommend it for the more delicate dishes. Take the time and chop the ingredients, it adds love to the food and that is the best ingredient. </soapbox>

Tonight’s dish is not French, but uses celery, carrots and onion the way is was intended. The following recipe is for Australian shepherd’s pie. NOTE: no Australian Shepherds were harmed in the making of this meal! This is the Aussie version of an English classic, traditionally using lamb but beef and turkey work equally well. This is a popular dish with the men in my life, and I would assume works just as well with kids. It is a meat and potato meal, while slipping in a good deal of veggies.

Another thing to note, I make my version using ketchup. Tomato paste, tomato sauce or ketchup, it’s been greatly debated and I stand by my choice. It’s the same question with Pad Thai and my answer is the same there. I just like the way it makes stuff taste.

Now, on to the food…

Meanwhile, in a large pot cook potatoes until tender. Drain well. Return to the pan, add butter and mash with a potato masher or fork until smooth. Add milk and stir until incorporated. Season to taste and let cool.

Cover the bottom of a large baking dish with breadcrumbs, then add the meat mixture. Pipe the mashed potatoes on top of the mixture to make the “crust”. I make a piping bag out of a large ziploc – fill bag and cut the corner. Bake until the top is brown and the filling is bubbly. 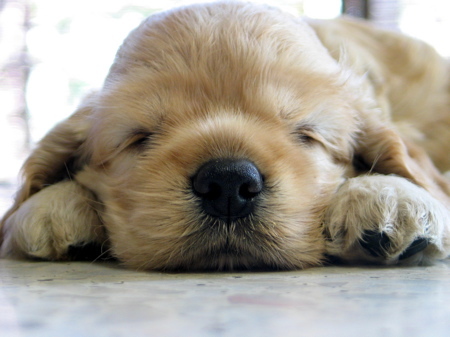 I’ve been in a mood lately. Perhaps it’s a feeling of displacement after moving. Whatever it is, I’ve been craving comfort food. Rich starchy goodness that hugs me from the inside. Here are a few goodies in case you are feeling down.

Heat 3 tablespoons olive oil in heavy large skillet over medium-high heat. Add chopped portobello stems and caps and sauté 4 minutes. Stir in garlic and reserved porcini and sauté until mushrooms are tender, about 10 minutes. Season with salt and pepper. Remove from heat.

Preheat oven to 375°F. Coat each of two 13x9x2-inch glass baking dishes with 1 tablespoon oil. Combine remaining 7 tablespoons oil, potatoes, parsley, thyme, rosemary, salt and pepper in large bowl; toss to coat. Layer 1/6 of potato mixture in each prepared dish (there will not be enough to overlap slices). Top potatoes in each with 1/4 of mushroom mixture. Repeat layering. Top with remaining potatoes. Pour 1/3 cup reserved porcini soaking liquid over potatoes in each dish. Cover dishes with foil.

Bake gratins 45 minutes. Uncover and bake until tops are brown and potatoes are tender, about 40 minutes longer. (Can be prepared 2 hours ahead. Let stand at room temperature. Cover with foil and rewarm in 350°F oven about 20 minutes.)

This is a traditional Chinese breakfast. Super easy and yummy, a perfect way to start a cold winter’s day.

Rinse the rice, then add all ingredients into a large pot. Slow cook the rice for about 1 1/2 hours, time will differ depending on the amount of fluid used. After about a half hour, stir to loosen the grains on the bottom of the pot. Stir occasionally and add more water/stock as you see fit.
I like my jook nice and thick, but traditionally it’s pretty thin. You must decide what works for you… Just remember that the more water you add the thinner the taste.

Once the porridge is about the consistency of cream of wheat it’s ready to go. By itself it’s pretty plain, that’s where toppings come into play. Leftovers are a good place to start. Meat, sausage, diced onion, cilantro, tuna and fishballs are all great , chop it up small and toss it in and enjoy. My fav is egg and bonito flakes with a little extra soy. 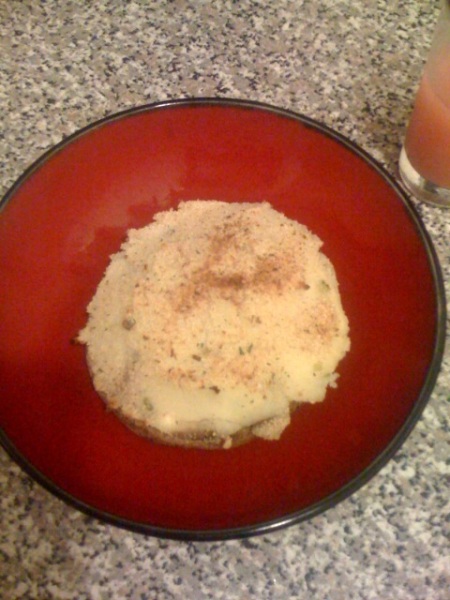 wow, I can’t believe it’s been so long since my last post!

I’ve been working from home and it’s caused me to keep odd hours and thus odd eating habits.

Today I made quite a tasty meal, it was super easy.

layer the peas, cheese and potatoes in the mushrooms with potatoes on top. sprinkle
top with breadcrumbs and broil until the top is golden.